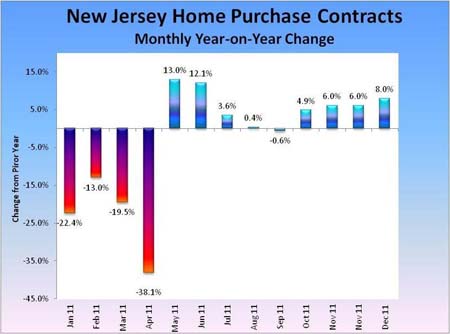 The New Jersey housing market continues to build momentum as it turned the corner into the new year. Combined purchase contracts for resales and new homes rose in December by 8% compared to one year ago which was the largest single monthly increase since June. That the rise in December, which is traditionally a slow period for home sales, was the largest of the year suggests a more robust spring selling season ahead.