From CoreLogic (no link): 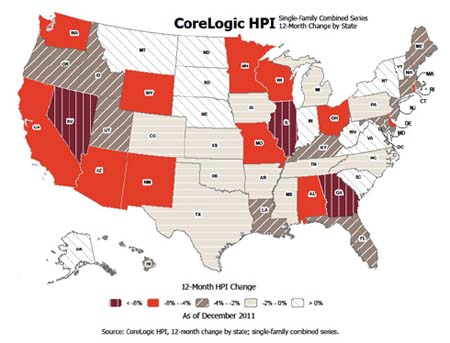 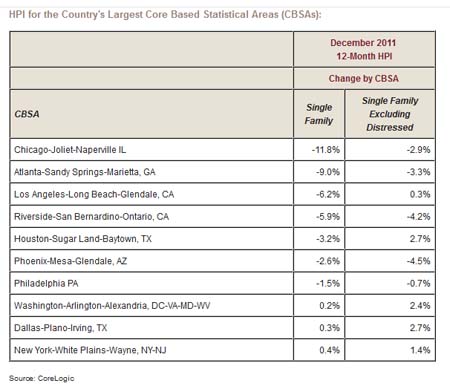 Highlights as of December 2011

“While overall prices declined by almost 5 percent in 2011, non-distressed prices showed only a small decrease. Until distressed sales in the market recede, we will see continued downward pressure on prices,” said Mark Fleming, chief economist for CoreLogic.