While this has nothing to do with the economy or real estate, I had to share. Introducing my newest foster, Spooky (yes, named for Halloween)! Spooky is a pure bred boxer that has a broken leg, severe tendon damage, and a rather nasty soft tissue infection. The vets were worried that he might actually lose his rear leg. Owner wanted to put him to sleep, can you imagine! Spooky is pictured here analyzing the credit quality of a RMBS tranche. 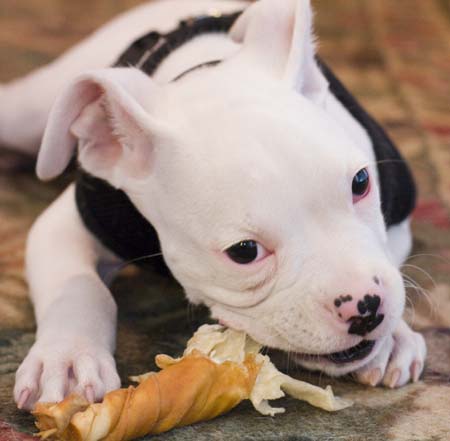 For readers that have never commented, there is a link at the top of each message that is typically labelled “[#] Comments“. Go ahead and give that a click, you might be missing out on a world of information you didn’t know about. While you are there, introduce yourselves to everyone.