Keep in mind monthly revisions can be dramatic, March was revised downward dramatically, from 1213K to 1142K. Why is this important? Prior to the revision, April would have been down 1%, instead due to the revision, it’s actually up 4.9%.
April median and average prices were below peak prices set in September of last year.

It’s difficult to understand the trend when only talking about the monthly change, especially when the monthly changes can be somewhat volatile. The best way to view this data is visually, and Calculated Risk does a great job of graphing it out. 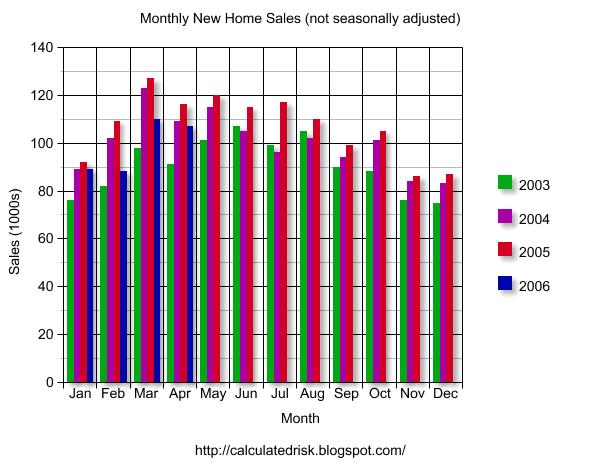