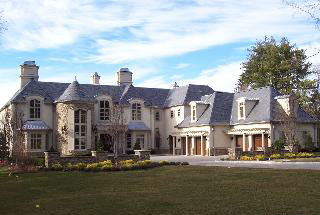 From the Daily News:

It’s a castle fit for the Queen of Hip Hop.

“She fell in love with this one,” a source said of Blige, who checked out several houses in the swanky area before settling on the 18,250-square-foot dream pad.

Thanks to the sagging housing market, the 37-year-old best-selling singer got a relative bargain.

The house originally went on the market last year for $17 million and was reduced this year to $13.9 million, the source said.