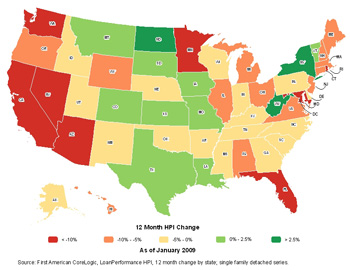 National resale housing prices fell 11.6 percent in January from a year ago. Home prices have declined by at least 10 percent on a year-over-year basis for 11 consecutive months and February preview data indicates the trend will continue.

325 Responses to NJ Home Prices Down 9.31% In January – LoanPerformance