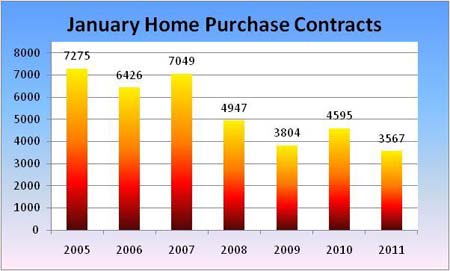 Multiple snow storms and the painfully slow pace of economic recovery combined to reduce New Jersey home sales in January by 22% below the prior year’s pace as the housing market turns the corner heading toward spring. This decline was heavily influenced however by January’s record breaking total snowfall as well as the absence of a homebuyer tax credit program which lifted last year’s sales. At the same time, unsold inventory was essentially unchanged in January recording a minimal 2% rise from one year ago.