So I said I’d share some photos of the reno and let you folks comment on design choices and ideas, so here goes. We’re fully underway with the numerous smaller projects, demolition is complete, so we’re starting with the major jobs.

First up (since it’s undoubtedly the messiest), is fixing the damp basement. The basement doesn’t appear to ever have gotten water, and the neighbors all confirm, but it was very damp. Two or three areas of the block foundation were showing water penetration and efflorescence. Wet soil and a high water table can push a serious amount of water through the foundation and up through the slab as vapor/evaporate. Too many times folks try to correct the situation with: 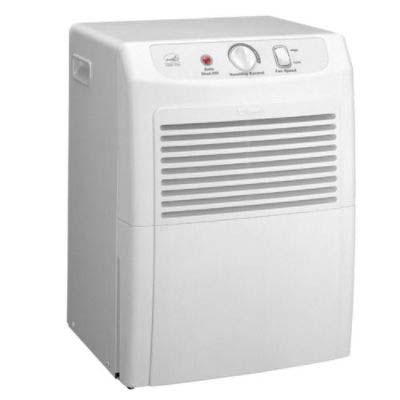 Which usually doesn’t ever do anything but waste electricity. The second usual homeowner failure is to try to paint the walls with a dry lock compound or sealer, which usually never stands up to the hydrostatic pressure and efflorescence associated and will just chip off.

So how does Grim fix a damp basement? The right way of course! 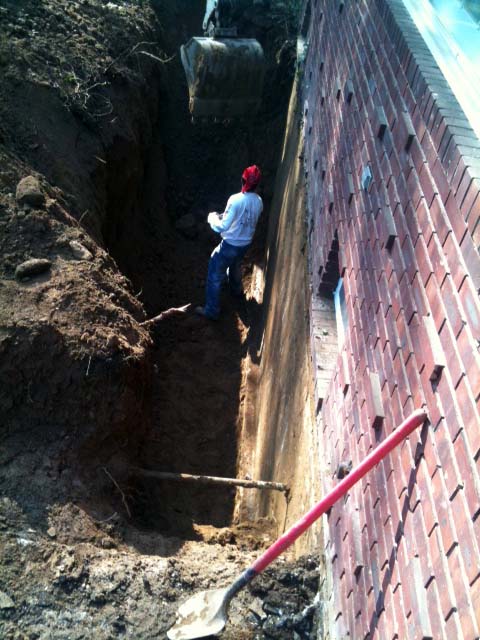 We excavated the foundation yesterday, Marek the Bobcat operator is like a ballet dancer with that thing. 3 hours work to excavate the entire foundation, most other contractors would have taken 2 days. The only hand excavation that needed to be done was around the gas line. 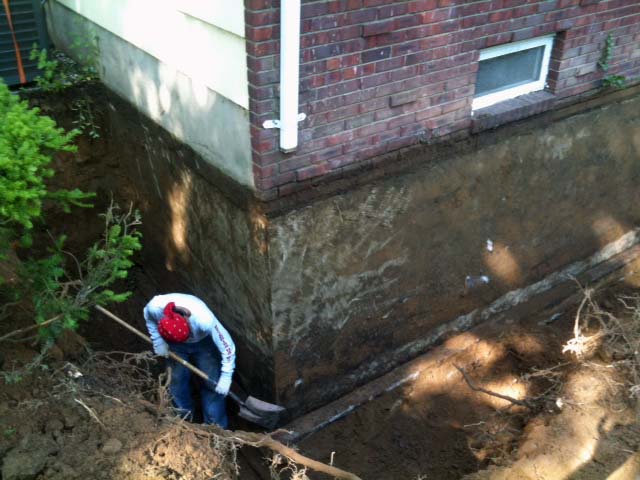 We dug down about 8 inches below the footer in preparation for the exterior french drains. They had a foot or so of heavy crushed stone around the footer, but no drainage piping. We’ll be doing a standard french drain install here, 4″ PVC, clean crushed stone, filter fabric. We should have the first layer of crushed stone down this morning. 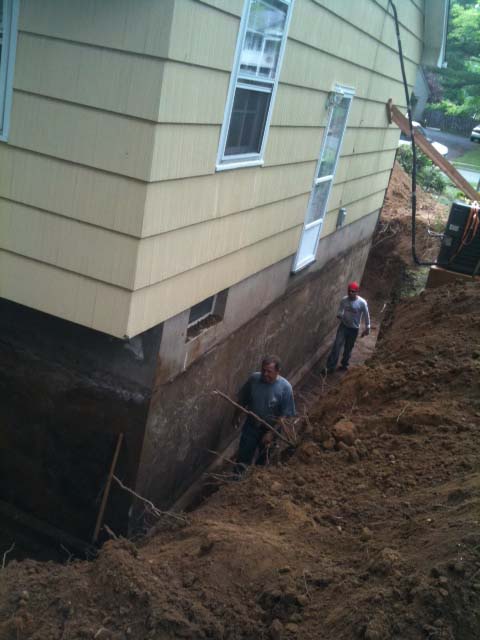 Was sure to deadbolt the door-to-nowhere after we’d moved the AC compressor out of the way. We were originally going to suspend her over the trench, but it was just easier to disconnect the electrical and shift it over a bit. 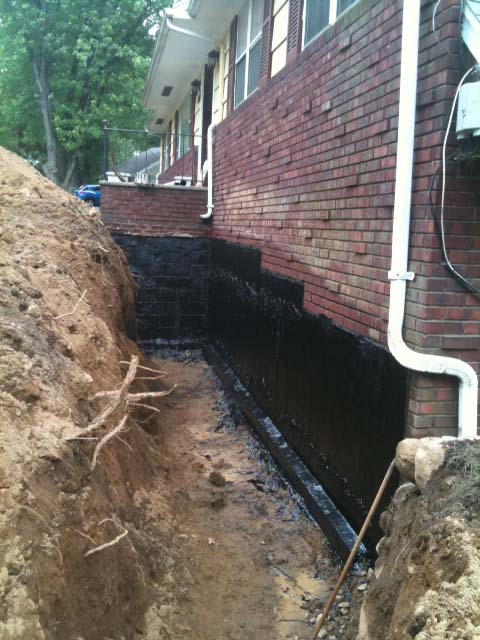 First coat of flashing and asphalt damp proofing across the front, if you thought interior painting could get messy, try this. It appears there was some kind of coating applied to the foundation when the house was built in the 60s, but it was applied very thinly and had since deteriorated. 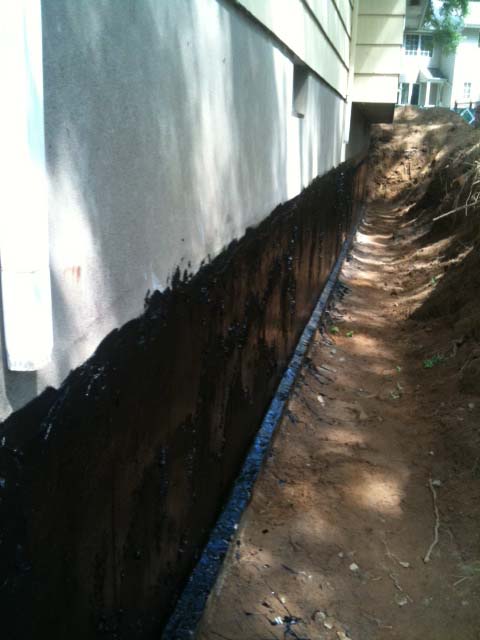 And the first coating for the rear. We’ll add a second coat this afternoon after the piping is laid, mainly since doing anything in close proximity to the sealer can get messy really quick.

We’ll add up some plastic sheeting to protect the coating once it gets tacky, and on Wednesday we’ll insulate the exterior foundation walls with 2″ XPS foam board. Hopefully the inspector will give us the thumbs up to start backfill on Wednesday, and if all goes well, we will close it up on Thursday and start regrading the property and installing new downspout drainage as well. Once the downspout trenches are covered over we’ll get the lawn re-seeded.

This entry was posted in Grim's House. Bookmark the permalink.