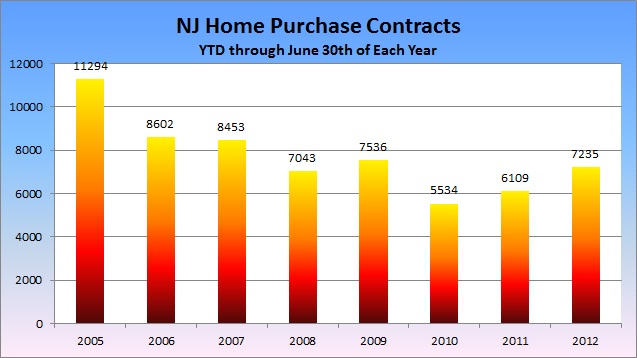 The steady improvement in home sales can be seen in this graphic which shows that YTD home purchase contracts in New Jersey are running at their highest level in 3 years. Home buyers in the state entered into 7,235 purchase contracts during the 1st half of 2012 which reflects an 18% increase compared to 2011, and a 31% increase over 2010.