From the White House Blog:

Congress is currently considering a plan that would help millions of responsible homeowners save hundreds of dollars each month by refinancing their mortgages.

The plan to expand access to refinancing is simple: make it easier for millions of responsible homeowners with mortgages backed by Fannie Mae and Freddie Mac to take advantage of historically low interest rates, even if they are underwater, as long as they are current on their payments. The proposal would establish a quick and hassle-free process—no more tax forms, and no more appraisals—just a lower interest rate, and lower payments each month. 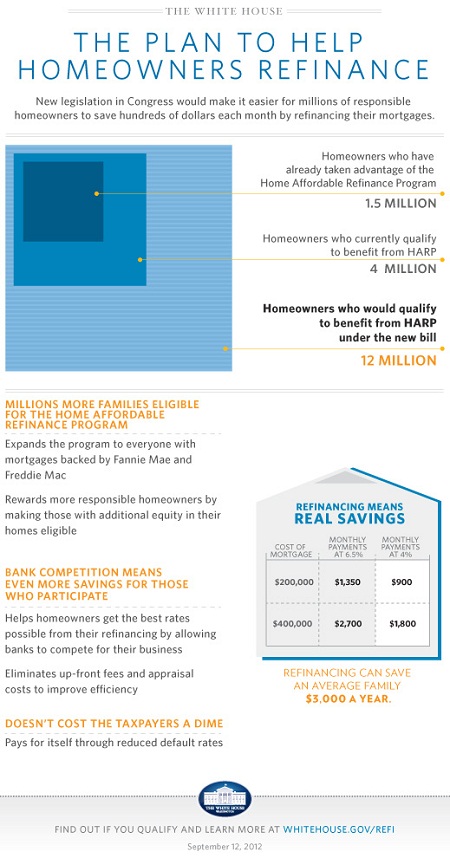 This entry was posted in Housing Recovery, Mortgages, Politics. Bookmark the permalink.