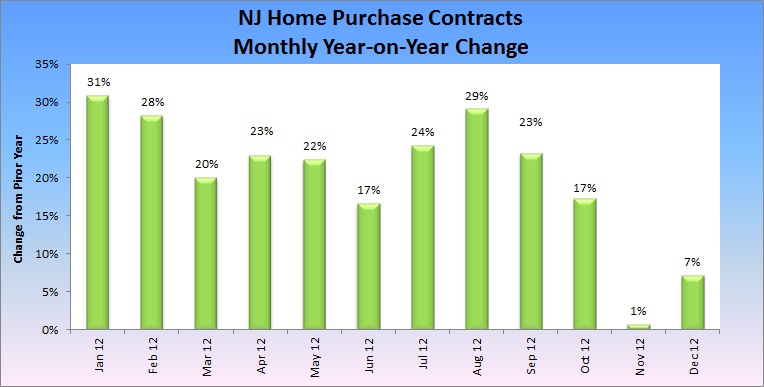 After pausing in November due to the after effects of Hurricane Sandy, New Jersey home sales resumed their upward trajectory with a 7% increase in December compared to the same month one year earlier. YTD home purchase contracts rose by an impressive 21% in 2012. Shifting to the supply side of the equation, the number of homes being offered for sale in New Jersey fell to their lowest level in 7 years.